We’ve reached a moment of real opportunity for the Equal Civil Partnerships campaign. We have a new prime minister and Minister for Equalities in place. We’ve employed a new campaign manager. Charles and Rebecca’s court case is coming up this November. And the Isle of Man has just introduced civil partnerships for different sex couples.

We need to seize this opportunity.

That’s why we’ve launched our first ever major campaign fundraising drive. Thanks to the generous donations of members of the public the legal case has already been funded but now we need your support to help us run our political campaign. Because, even if the court decides in our favour this November, we will need the support of politicians to ensure that the law gets changed.

Your donations will help us run our campaign, produce materials designed to convince MPs of our cause, and pay for the drafting of the legislation we want to introduce.

Please head to our fundraising page and give what you can.

Welcome to our new campaign manager!

We want to give a warm welcome to our new campaign manager Matt Hawkins who has joined the team here at Equal Civil Partnerships. 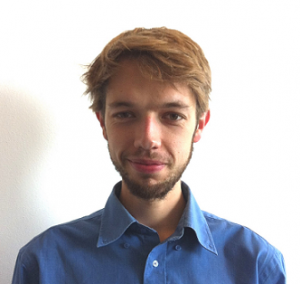 Matt will be helping us over the coming months as we ramp up our parliamentary campaign, engage more MPs, increase the publicity of our campaign, and prepare for Charles and Rebecca’s court case in November.

Matt has previously worked for a number of campaigns including Gingerbread, Carers Trust, and Climate Week. He will be working part-time with us, working for a campaign to ban nuclear weapons during the other half of his week. In his spare time Matt enjoys playing piano and looking after his two rebellious house rabbits.

If you want to contact Matt you can do so on hello@equalcivilpartnerships.org.uk

Different sex couples who have lived on the Isle of Man for two weeks or more will now be able to get a civil partnership.

The extension of this right to different sex couples was passed by the Isle of Man parliament in April this year and officially became law this week.

It now means that the British government, by denying civil partnerships to different-sex couples, becomes increasingly isolated in Western Europe. France, Portugal, Germany, Italy, the Netherlands and many more countries already allow both same-sex and different-sex couples to get civil unions.

The Isle of Man parliament was clearly very proud of the leadership the island is showing. Chief Minister Alan Bell said:

“Recognition of marriage for same-sex couples in Manx law is a truly historic moment, showing just how far the Island has travelled over the past 30 years.

“It sends out a clear message that the Isle of Man today is a modern, open and inclusive society where equal rights are respected. I believe that the values of fairness and tolerance reflected in this legislation are shared by the overwhelming majority of our population.”

The Equal Civil Partnerships campaign hopes to take the enthusiasm and energy shown in the Isle of Man for this cause and translate it into action in the rest of Britain.